Conventional astrological compatibility will tell you Leo and Pisces are incompatible. That might be true if you're talking about Leo and Pisces as zodiac signs, or about a Pisces man and a Leo woman. However, if you look deeply into the what makes these two signs feel vital and alive, you'll realize that while each will always remain a bit of a mystery to the other, with just a little compromise and adjustment a Leo man and a Pisces woman make for a steamy, romantic, everlasting love affair.

With the Sun as his ruling planet, the Leo man exudes power, energy, vitality, and has a personality that shines. He's a generous, magnanimous, kind, loving, and playful, "see me" kind of guy with a majestic aura who knows his worth and has no problem attracting women.

A Leo man is a hyper-masculine romantic guy who likes to take the lead in relationships and believes presentation is everything. He craves the best that life can afford, and he's not likely he'll waste his time on anything less, and that includes women.

He's Not in a Hurry

However for the most part, a Leo man's dreams and goals are centered on himself; he knows he can find love any time. Therefore, he's not in a hurry. He enjoys the attention of women and will treat them all like queens, but the many he'll date are just ornamental playmates and laymates until he finds that extraordinary person who he believes best matches his romantic and idealistic notion of feminine beauty.

He Makes a Chivalrous Partner

While dating, a Leo man will wine and dine a woman and be chivalrous, perhaps even a bit old-fashioned. As a lover, he's romantic, sensual, and has a powerful sex drive. As a husband, he's loyal and supportive, and as a father, he's loving, playful, involved, and very proud of his children.

A Pisces woman is a paradox and an enigma. Ruled by Neptune and Jupiter, she's an empath and romantic idealist who will willingly sacrifice herself in the name of love. She's exotic, angelic, romantic, passionate, and exudes femininity. Combine all that with a childlike innocence that appeals to the heart, and you have a man magnet. She's every man's fantasy woman, both in bed and out.

She's a chameleon and shape-shifter who presents herself as a fantasy of her own making. She's serene and glamorous; her makeup is a work of art, her hair is shiny and soft, as are the fashions she wears. She's a spellbinder who attracts men wherever she goes. A Pisces woman shines and glitters in every way and combined with her ethereal nature, she's unforgettable.

Usually, she's a gentle, agreeable woman who from the first date wants the man to take the lead and make all the plans. However, a man shouldn't be fooled by her gossamer feminine appearance and agreeable nature; a Pisces woman will fight back. She just has velvet gloves on her fists and defends herself in her own evasive way.

As a date, she's into old-fashioned courtship: flowers, romantic candlelight dinners, soft music, romantic films, or stage plays. As a lover, she's poetic, imaginative, submissive, experimental, and willingly loses herself in her partner. As a wife, she's agreeable, supportive, faithful, and caring. As a mother, she's loving, sympathetic, and compassionate.

Leo and Pisces are the lovers of the zodiac. A Leo man and a Pisces woman are both idealistic when it comes to love and romance. He's her Prince Charming: the handsome, utterly romantic man of her dreams. She's his Cinderella: the delicate, beautiful, gossamer woman who romantically enchants him and who he's drawn to save and protect.

Of course, every Disney love story ends with the lovers strolling off, hand in hand into the sunset while gazing longingly into one another's eyes. But what happens after the happy ending?

Where the Magic Lies With Leo and Pisces

A Pisces woman can easily fit a Leo man's dream girl mold and be what he wants her to be. She also puts love and the man she's in love with on a pedestal and idolizes him.

He Adores Being the Center of Her Wold

A Leo man's vitality depends on being the adored center of attention. When he's adored, he will go above and beyond to live up to her almost fairy-tale expectations. And when he does, she showers him with more adoration and has no problem making him the center of her attention.

He Showers Her With Love

In return, he generously pampers and showers her with love and all the accouterments of love, which, in turn, leads her to love and adore him more, which results in more love and pampering from him to her. And around and around they go. The magic of a Leo man and Pisces woman relationship is that love makes their world go around and brings out the best in both.

What Works With Pisces and Leo

A Leo man and a Pisces woman complement each other in many ways. 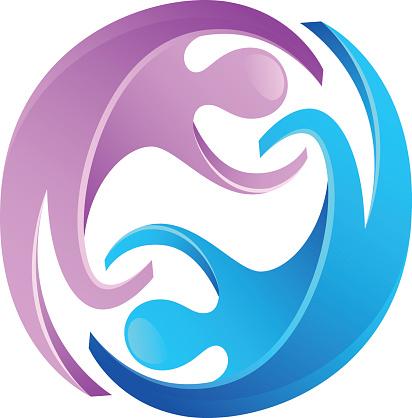 Leo and Pisces in the Bedroom

Both a Leo man and a Pisces woman place great emphasis on sex, but for different reasons. She's all about losing herself in the other, and he's all about pleasure. Sex for them is grand and romantic performance, complete with Champagne, satin sheets, violins playing in the background, long foreplay, and fantasy. He's the master, and she's his slave girl. He's playful, and she's excited to try anything new and different. He needs to be the grandest and best lover she's ever had; she's intuitive, senses all his needs, and is submissive. In the bedroom is where this couple's love really steams and sizzles.

A Leo man and a Pisces woman are both driven more by emotion than logic, and this is one of the significant issues with which this couple will have to deal.

A Leo man has an explosive temper. On most occasions when he gets angry, a sensitive Pisces woman defends herself by crying, tuning him out, and giving him giving him space and time to settle down. When a Pisces woman starts to stare off into space, it's time for a Leo man to contain his anger, back off, and cool down.

A Pisces woman won't often complain or get angry, but if she's goaded, the argument gets overheated, and the watery Pisces woman starts to boil, her velvet gloves come off, and she becomes a shrew. Everyone knows boiling water burns the skin just as severely as fire. And when a Pisces woman boils over, she can easily drown a Leo man's fire in her scalding hot water.

A Pisces woman is prone to somber moods that can be depressive. She has escapist tendencies, can isolate herself, and throw rain on a Leo man's parade. A Leo man should never take her sad moods personally or let them overwhelm his optimism and enthusiasm.

When she in this state, he should realize he can't be her sunshine man and call on his own sensitive side, tell her he admires her empathetic feeling nature and the compassion she shows for all living the creatures, bring her some flowers, gently hold and comfort her, and then lovingly give her time and space.

Leo and Pisces have other challenges they will need to ovecome, as well.

However, love can conquer all for this romantic, idealistic couple and with just a bit self-awareness, trust, and a willingness to compromise, these problems will be only be small blips in their fairy-tale romance.

Leo, the fixed fire sign of the zodiac, burns hot and steady. Pisces, the mutable water sign of the zodiac, is ever changing and, like the ocean, can't be contained. As feminine, delicate, and sensitive as a Pisces woman is, she holds the power in this relationship. 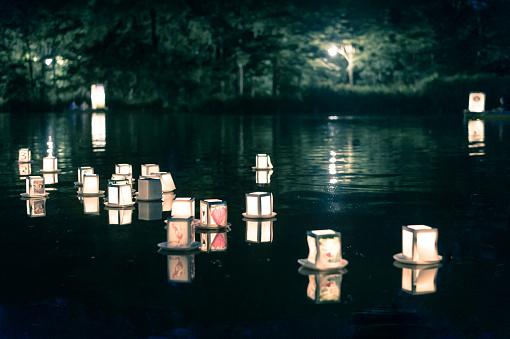 It's difficult to understand this without using fire and water as a metaphor. Put a fire under water that's in a container, and it escapes in the form of steam, but the water of Pisces can't be contained. Put water over a fire, and unless the fire is contained, the water will drown the fire.

A watery Pisces woman finds a fiery Leo man warm and appealing. She intuitively knows she has nothing to fear and can put his fire out if it gets too hot. That excites her and makes her feel secure. On the other hand, why would a fiery Leo man want to get so close to a force that can't be contained and could destroy him?

Leo Is Drawn to Her Sizzle

There's no logical answer. A Leo man instinctively knows she's dangerous, but he has a courageous heart, and that's why he works so hard to attract her. He's drawn to her simply because she's an irrespirable force that he hungers to conquer. Plus, he just can't resist that steamy sizzle he feels when she's by his side. A Leo man wants what he wants and will do all he can to get her and hold onto her.

It's evident every Leo man and Pisces woman who meet are not going to fall in love. However, they do have that potential ii other aspects of their horoscopes line up in just the right way. In order to determine how compatible a couple might be, you have to go far deeper than sun signs. Reading and understanding the characteristics of a stereotypical sun sign match is a good place to start, but if the relationship gets serious or hits a snag, visiting a reputable and competent relationship astrologer can tell you so much more, perhaps even more than you'll want to know.

Possibly the best thing about these two is that both will benefit enormously from the other. She will challenge him to be a better version of himself, and he will warm her, energize her life and inspire her. When it's at its best, this relationship can be an imaginative, creative, and mystical love affair that can last a lifetime.