In this exclusive interview with astrologer Chrissie Blaze, you'll get an inside glimpse of this talented author's spiritual path that began with the science of astrology. Chrissie Blaze is also an international speaker and conducts workshops throughout the United States and her home country, the United Kingdom.

At the age of 14, Chrissie was introduced to astrology by her aunt, who was not only a student of astrology, but also a theosophist and mystic. "My aunt showed me someone's chart at that time and despite the fact that it was full of symbols that were incomprehensible to my conscious mind, at a deeper, intuitive level, I immediately understood this language of the Cosmos." Chrissie went on to say that it took her several years of studying astrology to thoroughly understand it. During the early 1980s,Chrissie graduated from the Faculty of Astrological Studies in London. She considers herself a lifelong metaphysical student and seeker of various spiritual philosophies.

Chrissie Blaze (CB): I took a full time study course at the Faculty of Astrological Studies in London in the early 1980s and, through a combination of study, seminars, classes and examinations, I qualified in astrology. At that time, we did not use computers to construct horoscopes; we had to learn how to do it using logarithms (mathematical formulas). I am glad I had this formal training because I believe it helped me lay strong foundations for my astrology practice. Prior to and during this time, I studied every book I could lay my hands on and attended astrology summer school in England over several years where some of the top astrologers spoke and gave workshops. To summarize, it was a combination of formal training and self-study.

LTK: Was there a pivotal point that made you decide to become an astrologer and do charts for the public?

CB: It was just a natural evolution when friends began asking me to do their charts and then strangers. Eventually, clients started springing up all over the world. I also have written several books on astrology. and this increased my client base.

LTK: Do you attend any astrology conferences?

CB: I will if I am invited and I can afford the time. Lynne McTaggart invited my husband and me to speak at her wonderful conferences on The Field and Living The Field over several years. Another conference I enjoy attending in London is the Festival For Mind-Body-Spirit and have been speaking there from time to time since the Festival first opened in the late 1970s.

The Intrigue of Astrology

LTK: What is the one thing about astrology that intrigues you the most?

CB: The fact that it is a language of the cosmos and the study of the influence of the cosmos on human behavior. This makes it a vast, mysterious and awe-inspiring study. I have studied it for decades, and yet I feel I only scratch the surface. It is also so helpful and so practical. I believe all the planets and suns and galaxies are living intelligences urging all life towards evolution and perfection on our journey back to God. We humans are just tiny specks of dust in the great, teeming macrocosm - and yet at the same time we are also sparks of God and innately divine.

LTK: What about astrology has surprised you the most?

CB: That more people aren't fascinated by it.

LTK: What captured your interest in exploring and teaching about retrogrades?Editor's note: A retrograde occurs when a planet or any other celestial body moves in the opposite direction of its normal orbit. Astrologers use retrogrades to determine periods of time when you should refrain from certain normal activities.

CB: I was born with Mars retrograde in my chart which inclines me towards acting outside the box. I felt honored that Warner Books came to me in 2001 and asked me to write a book on Mercury Retrograde. Apparently this well-known publishing house takes retrogrades so seriously that they refuse to have contracts signed during these periods of time!

LTK: Can you explain to a novice reader ways an astrologer interprets a chart that are beyond what many perceive to be a rigid set of rules for interpreting a chart?

CB: It's all in the interpretation. I actually have written a book on this, How to Read Your Horoscope in 5 Easy Steps.

You have to analyze all the planets, houses, aspects, etc. After this initial analysis, you have to build all the pieces up again into a complete picture. It is this aspect that requires intuition; otherwise, everyone born on the same day at the same time in the same hospital would have the same types of experiences. This just isn't the case. Even identical twins have different lives and experiences. I know, I just did charts for two identical twins that have completely different lives. There are definite reasons for this. One is the karmic factor, and it is essential for an astrologer to have an understanding of karma. 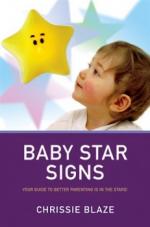 LTK: Can you explain the karmic factor in a chart?

CB: Once I have done the initial groundwork of analysis and begin building up the picture, I do allow my intuition to speak. At times, it may sound reflective as well as purely analytical. I do not do this consciously.

I offer karmic charts; these are readings based on your natal chart and the lessons and challenges you are here to learn. I offer forecasts. These involve analyzing your natal chart, your solar return chart for the year as well as your progressed chart. I also look at the current transits, i.e. the position of the planets as they are today in relation to your birth chart. I really enjoy doing forecasts, I have to say. As well as this, I do compatibility charts and also charts for babies, which I love to do. I had one client who was in her 80s who told me she finally understood why she was here! What wise parents who have their newborn babies charts analyzed. The natal chart is, after all, a blueprint for your life, and it is a gift given to us all by the Cosmos upon our birth.

LTK: What advice would you give to people just learning about astrology?

CB: Study - learn - persist. Be prepared to commit to it because it is a lifetime study. Do it because you love it and want to help people. As well as this, work hard on improving yourself because the more wisdom, love and intuition you gain, the more helpful you can be to others. This, I believe, is our highest calling - service to others.

Astrology and a Spiritual Path

LTK: What have you learned through astrology, and how have you been guided beyond this tool to assist in spiritual growth?

CB: Astrology is one of the things I have learned and practiced over many years. It is an inspiring study and a useful tool to help us understand ourselves and the world around us. However, my most precious study has been the study of truth, metaphysics, mysticism, spirituality and the teachings of The Aetherius Society. I believe it is important to imbue one's astrological interpretations with a spiritual outlook; one that is limitless rather than limited. I do believe that is the way forward for us all whether or not we ever study astrology. When we look at the state of our world, we know that more needs to be done. Our caring hearts yearn to do more, yet at times our capacity seems full. However, as French novelist Andre Malraux, expressed: "The twenty-first century will be spiritual, or it will not be at all."

To learn more about astrology and personal consultations, visit Chrissie Blaze.com. There, you'll be able to purchase Ms. Blaze's books, as well as read some of her in-dept articles.