Before Brezsny became a well-reviewed author and a cultural icon, he was a horoscope columnist with solid literary talents. Individuals who wanted their horoscopes to read like a personal sonnet sought out Brezsny's work. The response was so popular that he started his own horoscope column. Since then, Rob Brezsny's personal vision and influence led him to inspire several generations to embrace their free will and human responsibility over environmental factors.

The Goal of Free Will Astrology

If you're a stranger to Brezsny's website, your first glance might yield mixed emotions. This is not a site that promotes the typical astrological fanfare. It's not about locating your sun sign and receiving a snippet of a horoscope that will provide you with, perhaps, some over-reaching advice for the upcoming month. That said, there are weekly horoscopes listed for each of the twelve zodiac signs.

Moreover, Brezsny's cyber haunt will give readers an opportunity to step inside his vision which seems to be one of positivity and proactive efforts to help restore mankind, and the world, to a more harmonious state.

In short, Rob Brezsny represents another generation of spiritual gurus who uphold the idea that human beings exercise free will over their lives, but with that free will comes great societal and ecological responsibility.

A Response to the Times

Many people have become frustrated with the inflexible tenets of certain faiths and practices that seem to mitigate human responsibility over the world's changing conditions. It's in this context that many individuals feel enlivened by Brezsny's message of free will and human responsibility as a response to the tragedies that occur the world over. It's no surprise that several human beings feel a need to maintain a positive outlook, and further, that this positivity not only makes a huge difference, but it helps the world to become a better place. 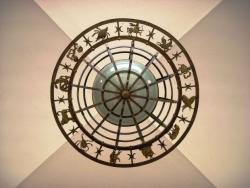 Brezsny's astrology vision, on that is imbued with an individual's free will, is well represented by his most recent published work entitled Pronoia Is the Antidote for Paranoia, a title that is meant to counteract the effects of Pronoia's antagonist, paranoia. Pronoia emphasizes the connection that human beings have with the entire planet and its ecology, as well as the universe.

Moreover, it serves to remind readers that human beings possess within them a power of will and intellect that has driven this species to accomplish great technological feats that have vastly improved lifestyle conditions. With this kind of power, used in a positive direction, human beings could advance so much further.

Thus Pronoia attempts to fight the cultural apathy that has resulted from the numerous wars, ecological threats, natural disasters, and general selfishness that pervades human life. Many people realize the importance of this message because the continued stresses of modern life leave workers downtrodden, often to the point of nihilism. Brezsny's published works and website materials serve to inject both beauty and happiness into the mystery of daily life, which is why they have been favorably reviewed by top literary figures like Tom Robbins.