Aquarius, the fixed air sign of the Zodiac, is cool, friendly, eccentric, and quirkily brilliant, but there is a dark side to Aquarius, a cold and ruthless one. Although the typical Aquarian gets along with everybody and greets the world with a sunny smile, they may display a lack of emotion that troubles others.

Strictly speaking, Aquarius' dark side isn't really 'dark,' since one of the defining characteristics of the Aquarius-Leo opposition, composed of fixed fire and air, is light, plenty of it. Everything is visible there, so the problems and pitfalls ('dark side') of Aquarius are obvious.

Aquarius Can Be Detached

In a healthy person, the Sun is always in balance with its opposite Earth sign. When Aquarius detaches from its opposite, Leo's warmth and energy disappear. Leo represents the core of identity, radiating the warm light of the true self. Without Leo, Aquarius must be distant, cold, and detached. Fixed air observes, but cannot relate to others. This type views earthly affairs from a godlike overview position.

The Water Bearer Is Ruled by Uranus

Uranus, the modern ruler of Aquarius, is the unique and eccentric newcomer to the party. It was discovered in 1781, right between the political revolutions in France and America which then went on to create the first two modern democratic republics. The French Revolution was called The Reign of Terror, and it reflects the dark side of this sign in its relentless adherence to a higher ideal regardless of the human cost.

Aquarius Can Be Cold and Rigid

The 'dark' Aquarians exhibit a chilling lack of emotion. To a varying extent, they can embrace elaborate structures of ideas, accept them as fact, and use them to shore up a delusional worldview. Lacking a central presence of self to illuminate and energize their persona, they can become robotic and formulaic. Saturn's ancient rulership of Aquarius illustrates this side of Aquarius.

Uranus rolls through its orbit rather than spinning as the other planets do, revolving in a backward direction compared to all the other planets. Its perspective is completely different from the other planetary archetypes. Aquarians look at life through a unique perspective of their own. As a fixed sign, nobody is more certain of their own rightness than this type of Aquarius. Arguments with these people can be an exercise in frustration because they know what they know, and there is no swaying their perspective. Because they lack a personal will, the fully detached Aquarian can't sense as well as see the nature of a given situation, so they remain unaware that there is anything missing in themselves or from their picture. 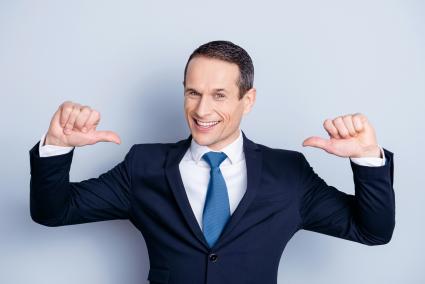 There is no question that the dark side of Aquarius can be dangerous. Their inability to empathize with others' emotions combined with their intellectual brilliance is a recipe for cruelty, though most often expressed in socially accepted (yet arguably evil) forms, such as vivisection or the calculating, power-driven corporate world. Aquarius knows how to work the system very well because they helped to create it.

An Aquarian man can be distant, aloof, and uncomfortable with emotions. These traits are particularly detrimental and confusing when it comes to love. Aquarians can adopt a "love me or don't" attitude and won't waste their time trying to win a person's love.

All Aquarian women have difficulty with intimacy, but when they go to the dark side, they can be true ice queens who are cold-hearted, aloof, bitchy, and always ready to match wits with everyone. A dark Aquarian woman feels she must be tougher and smarter than her male rivals.

Aquarius Can Be Unpredictable

Repressed emotions can burst forth under pressure. Aquarius can be capricious and unpredictable, prone to lightning-bolt-like bursts of temper. Such an excessively detached Aquarius is judgmental and contemptuous of others' vulnerable feelings. Always on the outside, they watch the rest of humanity dispassionately, yet critically. Intimate connection is their kryptonite; they strive to maintain a certain distance from others even in intimate situations.

When an Aquarian gets angry, they get agitated, but attempt to remain emotionally aloof and completely ignore the person. However, they can be infuriated to the point of blowing up and become wild and unsympathetic. This is the point when they can say hurtful things and become verbally threatening. 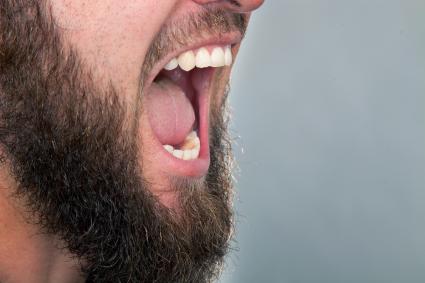 Some Are Darker Than Others

Though studies have not been done, it would not be surprising to find that many psychopaths have an emphasis on the eleventh sign in their charts. Famous psychopath Charles Manson, a charismatic Scorpio Sun, had an Aquarius Moon, Saturn, and North Node.

The Bright Side of Aquarius

An Aquarius Sun in perfect balance with its Leo Earth is a bright light in the world; they shine like diamonds. Such beautiful and charismatic types can be highly influential and the world. They can be intimidating because they seem to be perfected souls without any flaws. Their brilliance and quickness of mind are the stuff of legend; often they achieve greatness of one form or other.

Dark Side of the Bright Side

Aquarius and Leo may be in balance, but there are four elements that comprise the human sphere, and emphasis on two of them leaves out half of the self. Fixed Aquarius-Leo's types, with all their genius and personal power, can forget that such things as physical sensations and emotional responses exist within themselves and others. It is too easy for this polarity to forget the rest of the self. A dozen and more forces, described in the natal chart, drive people. When any of them are ignored or suppressed, problems will ensue. To become whole, Aquarius must strive to integrate their emotional and physical selves as well as find a balance between their consciousness (Sun) and their physical matrix (Earth).

Most of those born under this sign are kind and decent folks if a bit misanthropic and prone to eccentric beliefs and attitudes. One Aquarius may be the lighthearted life of the party while another is a housebound introvert with extremist opinions. Natal charts are complex. They outline many governing energies and also the way these energies intersect. Adverse planetary aspects can cloud positive energy or cause it to intersect with an uncomplimentary sign. Childhood trauma and emotional triggers affect each Aquarian differently. After all, uniqueness is a defining characteristic of this fascinating sign.

Comments
© 2006-2021 LoveToKnow, Corp., except where otherwise noted. All Rights Reserved.
Dark Side of an Aquarius