The Emperor Fu Hsi created Chinese numerology nearly 4,000 years ago when he noticed the patterns within the squares on a tortoise's shell. Inspired, he created the Lo Shui grid of numbers.

This mathematical discovery led to the creation of feng shui, i ching, Nine Star Ki, Chinese astrology, and geomancy. Even Taoism is based on the Lo Shu square. The Chinese proved their ancient belief that the universe is based on numbers and their mathematical principles.

Chinese numerology is based on a principle known as homophone, which means having the same sound but with a different meaning. If a number sounds like a similar word, then it's considered a fortunate or even lucky number.

The numbers 4 and 13 are considered unlucky in Chinese numerology. The number 13 when added to itself is 1+3=4. In Chinese language, the number four sounds like the word used for death. 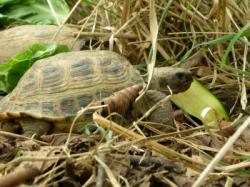 The Lo Shu square is a 3 x 3 grid (nine sectors). What makes it so remarkable is that every vertical, diagonal and horizontal row adds up to 15. Zero is not represented because it is considered perfect and a symbol of completion. Numbers 1 through 9 are used in Chinese numerology.

The number five is located in the center of the square.

The Lo Shu Square is used in Compass School Feng Shui with the Flying Star theory (Xuan Kong Fei Xing). The square allows a feng shui practitioner to analyze a house or office building to determine oncoming changes that affect the residents or office workers.

To calculate your birth chart square, enter the numbers of your birth month, day and year onto the Lo Shu Square by placing within a parenthesis the number of times each number appears. This gives your best direction and other influences in your life so you can take advantage of them. The Chinese use this chart to predict the future and find ways for you to influence your life path. During the 2008 Olympics, the games began on 8/8/08 at 8 am, which signifies the importance the number 8 plays in everyday Chinese life.

Numbers are Either Yin or Yang

All numbers are either yin (even) or yang (odd). Yang numbers are considered the more fortunate of the two.

How Chinese Numerology Is Used

The Chinese culture is rich in practical applications of numerology to assist in their every day lives. There are several specific areas where numerology can assist in increasing health, wealth and abundance.

A house number plays a significant role in your experience living at that residence. A combination of odd and even numbers are best for a house number. If yours adds to a four, a new sign can counter the negative effects with a circle enclosing the numbers.

Numerology and the Stock Market

The Chinese culture is steeped in the art of numerology. Not only is it used in daily life choices but it's also used in making business decisions. The stock market is no exception. Trading is done based on the numbers in the stock market listing. If a stock has an eight or a double eight (two eights within the stock number) it's considered a good investment buy. The numbers 666 is also a very fortunate series of numbers assuring good fortune and abundance.

Chinese Numerology Has Many Uses

Chinese numerology has many applied practices and applications that are interrelated to each other. You can benefit by learning to use them.