The inner ring contains the five elements. Each of the 12 zodiac animal signs has a fixed element as well as one of each five elements based on the birth year.

In addition to the fixed element, each sign is also assigned an element based on the year of birth. The five elements are assigned one element per one year to each sign.

The first zodiac animal is the rat. With five elements divided among this zodiac sign (one per year), there will be a water rat, wood rat, fire rat, earth rat, and metal rat. The other zodiac signs also have five elements assigned to them dictated by the birth year. This creates a 60-year cycle for a complete rotation of the zodiac since 12 zodiac signs x 5 elements=60 years to complete the cycle.

This ring contains the twelve Chinese astrological signs. The zodiac animal signs are based on the Chinese New Year calendar that uses the Lunar Calendar to calculate the birthdates and animals assigned to each in the following order. 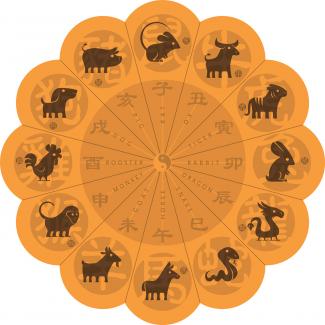 The Chinese New Year uses the Lunar Calendar, not the Gregorian Calendar. The Chinese New Year begins the second new moon that occurs after the Chinese winter solstice (on or around December 22). This means the New Year could start sometimes toward the end of January or the first couple of weeks in February.

You can find your zodiac animal sign and ruling element by searching the tables below. Find the year range where your birthday falls. This is your zodiac sign and the element that rules your sign. For ease of reading, the following charts are divided into 10-year segments.

The outer circle of a Chinese New Year zodiac chart features a white and black rim. Each sign will have either a black (yin) or white (yang) band to indicate the animal's chi energy. White represents sunlight and masculine yang energy while the black represents moonlight and feminine yin energy. 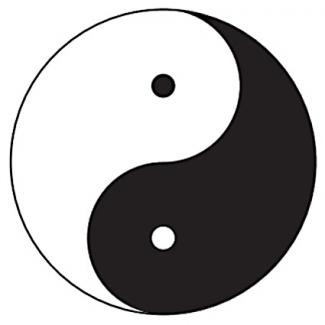 Yin and Yang According to Year

Not only is each astrological sign in the Chinese New Year zodiac chart ruled by an element, but they are also ruled by either yin or yang energy. There are "Yin" years and "Yang" years for each Chinese zodiac astrological sign. The easiest way to keep this straight is:

Each year has either yin or yang energy as well as an element. You can easily determine these when you follow the chart below. 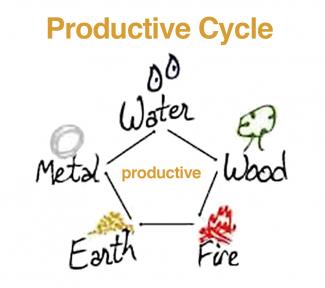 When the elements clash in ways that destroy each other from opposite directions, such as north (water) and south (fire) this is called the destructive cycle. In a human relationship, this threat of element clashing is referred to as an enmity relationship. This type of relationship will basically self-destruct. 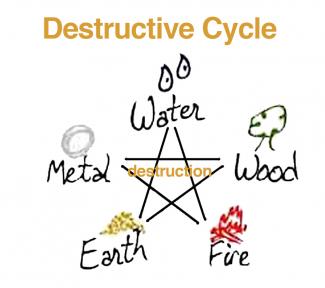 At each Chinese New Year, different energies take hold. The Chinese New Year chart for each year influences your life and can give significant clues as to how lucky or unlucky you might be in your career, finances, and relationships during the year. Some years support and compliment your skills, others don't.

Ben Ming Nian is the Chinese Zodiac Birth Year that shares the same Chinese zodiac sign as your birth year. Every 12 years, at ages of 12, 24, 36, 48, 60, 72 and even 84, people experience Ben Ming Nian. These are the ages when Tai Sui, the god of fortune comes calling. It' a popular superstition that one's Ben Ming Nian is an unlucky year. Fortune often does fluctuate during these years, so, generally, greater consideration needs to be given to marriage, moving house, travel, investments, and starting a business during your Ben Ming Nian.

Superstition or not, the Chinese have remedies to lessen the unlucky impact of Ben Ming Nian. The most popular solution is to wear red scarfs, clothes, underwear, belts, or bracelets, etc. that have been purchased by family or friends. It's thought the red items are more powerful when they are gifted to the Ben Ming Nian individual.

The Chinese New Year zodiac charts are easy to use. The different aspects of your Chinese astrology chart come together to form a complete picture of the cosmic influences in your life, including your best and worst relationships for a life partner/marriage, friends, family, and work relationships. Additionally, each Chinese New Year chart when compared to your own can give clues about what each New Year holds for you.