The Sagittarius personally is known for its love of having a good time, but Sagittarians are not just happy-go-lucky individuals, they're students of life. Sagittarius traits include their joy in living, which comes from exploring all aspects of the human experience and having a good time doing it.

Th Sagittarius personality is exuberant and energetic. They are individuals who possess a positive vibe, tend to be lucky in life, and have humanitarian leanings. Sagittarians are generally funny, cheerful, comedic, and seemingly carefree individuals who are adventurous, knowledgeable, and probably the best storytellers and conversationalists of the zodiac.

When a Sagittarian plays to their strengths, they're generally well liked and have a lot of friends. However, their weaknesses can be hurtful to some individuals and turn others off completely.

All Sagittarians are ruled by Jupiter. Luck, good fortune, and heavenly protection are associated with the planet Jupiter. Yes, Sagittarians have a greater potential for luck than others. But perhaps Sagittarians create their own luck by putting themselves out there and then confidently and optimistically seizing every opportunity that comes their way.

Sagittarians are curious, ask questions, and love to talk to anyone and everyone about anything. Due to their openness, they have a lot of casual friends. However, they will only be fully satisfied and fulfilled in close relationships that are fun, active, and intellectually stimulating. 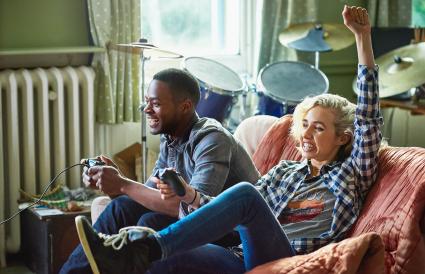 Sagittarians can be a bit gun-shy when it comes to love. They like the thrill of the chase and enjoy spending time getting to know the other person. But when they do fall in love, everyone will know it, and the affair will be a passionate, adventurous and fun roller-coaster ride, filled with trips, parties and socializing. It's interesting to note that both Sagittarian men and Sagittarian women tend to be lucky when it comes to love.

Sagittarians are even more gun-shy of marriage than they are of love. It's not that they're noncommital, they just fear losing their freedom. Though it may take a while, if a Sagittarian says "will you marry me" or agrees to marry you, don't doubt their genuineness or their ability to be a fun, interesting, loyal and faithful mate.

A Sagittarian is a fun friend with a contagious optimism who's not interested in your emotional drama. They are friends who can lift your spirits with their positive jovial energy. Sagittarius friends are also non-judgmental; however, they will speak their mind and give advice. Plus, they can open you to alternative viewpoints and broaden your understanding of life. A Sagittarius collects friends, but is not the best at keeping up with all of them. However, they aren't shy about reconnecting and picking up a friendship where it left off.

Taylor Swift, born December 13, 1989, is an American singer-songwriter who has established herself as one of the most successful singer-songwriters of her generation. Swift has always written truthful songs about what's happened in her life.

Brad Pitt, born December 18, 1963, is best known as a handsome leading man is also an activist who is involved in a number of humanitarian projects to help those in need around the world.

Jon Stewart, born November 28, 1962, is a comedian best known for hosting The Daily Show with Jon Stewart, a show that combined politics, comedy, and satire.

Pope Francis, born December 17, 1936, is the first Jesuit pope and the first pope from the Americas. Noted for his friendly openness, he has a less formal and friendlier approach to the papacy than his predecessors.

Steven Spielberg, born December 18, 1946, is a legendary Hollywood director and storyteller who is renowned for films such as Jaws, E.T., Jurassic Park, War of the Worlds, Schindler's List, and Saving Private Ryan.

Nicki Minaj, born December 8, 1982, is a famous rap singer and songwriter who is also known for her hasty temper and fierce persona.

Ted Nugent, born December 13, 1948, is a singer, songwriter, guitarist whose outspoken commitments about gun ownership and right-wing politics took a toll on his success in the 1990s.

Sarah Silverman, born December 1, 1970, is a stand-up comedian whose comedy addresses controversial topics such as racism, sexism, politics, and religion.

Not Simply a Sagittarian