In a similar way to other horoscopes, a Celtic tree horoscope is based on your date of birth. The year is divided into lunar cycles, which means there are 13 tree signs as opposed to the 12 western zodiac signs associated with the Gregorian calendar.

The Universe as a Tree

The Celts lived in Europe during the Iron Age (600 B.C. to 43 A.D.). We now associate "Celtic" culture with the British Isles. These people believed that the Universe was a tree, with a deep root system and branches that extend upward.

We still refer to our "family tree" to express our own history. Modern people talk about their "roots" as a way to express where they came from. The different "branches" spread out, but are still connected to the base of the tree or the family unit.

The Celtic Tree horoscope includes a tree symbol for each of the 13 lunar cycles of the year. In addition, each cycle has a Celtic god and a guardian animal associated with it.

Birch Tree: (December 24-January 20) The God Lugh is associated with the Birch sign. He is responsible for inventing all manner of arts and crafts. If you are a Birch, then the white stag is your guardian animal, which is symbolic of your ambition and high ideals.

Rowan Tree: (January 21-February 17) Brigid, the Goddess associated with fertility and new life, rules the sign of the Rowan tree. The Dragon, a sign of imagination as well as inspiration, is your animal.

Ash Tree: (February 18-March 17) The Magician Gwydion is the ruler of the Ash, and your guardian animal is the adder. Rather than being a symbol of evil, in this case the adder is thought of as a wise animal.

Alder Tree: (March 18-April 14) Bran the Blessed, who rules the spirit world, is the ruling deity for people born under the sign of the Alder. Alders get their diplomatic skills from their guardian animal, the fox.

Willow Tree: (April 15-May 12) This sign is associated with Ceridwen, the Celtic Moon Goddess. If you are a Willow, your guardian animal is the hare. In Celtic culture, it is a symbol of intuition and flexibility.

Hawthorn Tree: (May 13-June 9) Olwen, a Goddess associated with the blooms of summer, rules the Hawthorn. The wise and patient owl is the guardian animal for those born under this sign.

Oak Tree: (June 10-July 7) If this sacred tree symbolizes your Celtic tree horoscope sign, then you are ruled by the father of all the Gods, The Dagda. A royal bird, the wren, is your guardian animal. It is a symbol of someone who is at the same time witty and subtle.

Holly Tree: (July 8-August 4) The Blacksmith God, Govannon, rules the Holly Tree. People born under the Holly tree sign have the mystical unicorn, a symbol of purity, as their guardian animal.

Hazel Tree: (August 5-September 1) Manannan Mac Lir, the Sea God, rules Hazel trees. In ancient Celtic culture, the Hazel was associated with wisdom; anyone found guilty of chopping one down was put to death. The guardian animal for Hazel Trees is the salmon, which was considered to be the wisest of all the animals.

Vine Tree: (September 2-September 29) This sign is ruled by the Gods of Light, The Tuatha De Danaan. Vine trees have the beautiful and graceful swan as their guardian animal.

Ivy Tree: (September 30-October 27) If you are born under the sign of the Ivy tree, then you are ruled by Guinevere, the fairy bride. Keeping with the light and airy theme, the butterfly is your guardian animal.

Reed Tree: (October 28-November 24) Pwyll, who ruled the Underworld, also rules this sign. Reeds can claim the loyal hound as their guardian animal.

Elder Tree: (November 25-December 23) The Goddess Cailleach Beara, who was a mother figure among the deities, is associated with those born under the sign of the Elder tree. The animal symbolizing healing and protection, the raven, is the guardian animal associated with this sign. 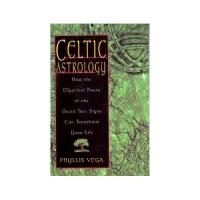 In much the same way that astrology is more than a person's Sun sign, the Celtic tree horoscope includes more than simply your "tree sign." To delve deeper into this topic, you might enjoy reading the following books.