Throughout history, many cultures have turned to the stars, nature, and spirits for guidance, and Celtic astrology combines both natural and supernatural energies while honoring the sacred trees and looking to the forces of nature for wisdom and divination.

Celtic traditions were oral legends and history passed down through the generations, and because there is no written record of the intimate beliefs of the Celts, there is no way to positively determine whether or not they practiced astrology fervently.

What is known, however, is that the Celtic priests - druids - divided the calendar into thirteen months based on the lunar cycle. That lunar cycle was frequently associated with different species of trees sacred to the Celts because their concept of the universe was an image of a gigantic tree with its roots bound in the earth and its branches stretching to the heavens.

Tree spirits, called dryads, were said to have distinct personalities and to inhabit each species of tree, and each lunar month became associated with a specific type of tree and therefore with different personality traits. Today, that connection to trees is believed to be the basis of Celtic astrology.

Like all zodiac signs, an individual's sign is determined by their birth date. The Celtic tree signs and their associated traits are also arranged according to dates as follows: 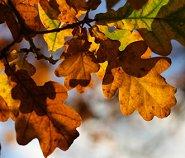 In addition to the thirteen basic tree signs of Celtic astrology, each lunar month can be broken down into smaller segments, each of which is associated with lesser trees for more distinct characteristics. The main tree sign, however, is believed to dominate over the smaller trees, particularly for broad personality characteristics and traits that last a lifetime.

The Celts did not use only trees as part of their astrological and metaphysical beliefs, however. While trees were the most sacred and most significant spiritual guides, each tree sign is also associated with specific planets, animals, and gemstones for a thorough connection to nature. As with the more minor tree associations, however, these additional connections were considered secondary to the primary tree signs.

Since there are so few written records of the Celts and their connection to astrology, there are many interpretations of how tree signs may have been used and what importance they may have played in Celtic culture. The following websites offer additional information and interpretations to consider:

Many books have also been published on the subject of Celtic culture, history, and astrology, including:

Celtic culture's association with trees is naturally elegant and demonstrates the interconnection of all life. Understanding one's tree sign can help bring peace and guidance to daily living even millennia after the Celts first understood the importance of honoring nature in all her glory.