Capricorn and Scorpio are highly compatible and an interesting mix. Trusting others is an issue they share, which means both are cautious about getting involved in any sort of relationship, So, while a friendship or love affair may take months to develop the relationships are often lifelong. There aren't many astrological matches that have more "click power" than Scorpio and Capricorn.

When a Scorpio and Capricorn come together in any sort of relationship, there's an innate understanding that life is hard that makes it easy and natural for them to be together. Their compatibility is such that they build up and affirm one another's worth and self-esteem. Once they bond, these two can look forward to a friendship or marriage that's extremely long lasting.

Scorpio and Capricorn will have an honest, complex, and long-lasting friendship. As friends they understand each other, don't judge the other and can learn a lot from each other. Scorpio will bring out Capricorn's daring side, and Capricorn will contain Scorpio's intensity. Together they are fun and audacious friends that have the power to take over a room whenever they're together.

Scorpio and Capricorn in Love

Scorpio and Capricorn are not quick to fall in love. It's friendship first for this couple. But when they do fall in love, theirs can be the ecstasy and agony kind of love that's seen in romantic dramas. There will be a lot of giving and a lot of taking in their love affair and they'll certainly never be bored with each other.

Scorpio's emotions are deep, extreme, and expressed in passionate ways. Capricorns are aloof, in control of their emotions and seemingly dispassionate. However, they have emotional chemistry. Scorpio is a water sign. Capricorn is an earth sign. In the same way that water gives life to earth, Scorpio can bring the emotions of a Capricorn alive. As a result, Capricorn will be drawn to become more emotionally engaged, and at the same time, Scorpio's emotions will become more centered and grounded.

It's in bed where the emotional magic happens for a Scorpio and Capricorn. Capricorn is lusty and considers sex a physical release. Scorpio is lusty and considers sex an emotional release. For Scorpio making love is, as the French say, "La Petite Mort," a complete loss of the conscious awareness of self and a complete merging with the emotions and spirit with their partner. Scorpio has a unique way of creating waves of emotions in their partner and creating such an intense experience that the act of making love with them changes their partner.

Initially, Capricorn isn't likely to be comfortable with the loss of control and the deeply emotional experience of making love with Scorpio, but once they realize they can swim around in Scorpio's emotional depth without getting lost, it will open their heart and lead to an exciting, adventurous, and satisfying sex life for both.

A Scorpio/Capricorn marriage is likely to be a long-lasting marriage filled with drama. Why? Because if it gets too ordinary, Scorpio will stir things up. The good news is that Capricorn can deal with anything Scorpio dishes out and come out fighting. They enliven one another and their marriage can be filled with stormy arguments and a lot of hot make-up sex, but it survives because both are devoted and dependable people who love each other, know life is a struggle and have great fortitude and tenacity.

Highly sensitive to others' denied emotions, Scorpio prefers to stay home alone or to remain on the sidelines. This works for Capricorn also, who, can enjoy an occasional party, but dislikes wasting valuable time on social chitchat. Both value close relationships with a small group of low-maintenance friends, and though quiet and understated, they do attract others to them. However, they're just as happy staying at home alone together.

Scorpio is suspicious, Capricorn is pragmatic, and both refuse to believe anything without direct personal experience. Because of this both question religious orthodoxy and dogma. However, both search for something greater and are awed by the beauty and complexity of the world they see and experience, and both gravitate toward earthy spirituality and mysticism.

Unevolved Scorpios are secretive and manipulative while unevolved Capricorns are controlling and rigid. Scorpio is emotionally powerful; a brooding Scorpio can darken the space around them and make everything feel more difficult. Meanwhile, Capricorn, oblivious to Scorpio's emotions, forges on. However, theirs is such a powerful bond that even when the relationship is at its worst, it may be tolerable and even rewarding to them. But for this relationship to reach their highest potential both will need to recognize and take responsibility for their own negative patterns. 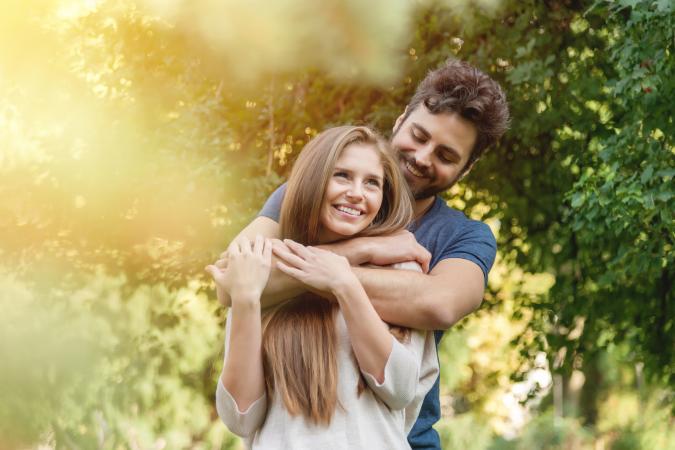 Scorpio has the power to connect with their Taurus opposite and literally come to her senses. When they are connected to their body and the simple pleasures of movement and sensation, the whole world around them relaxes and stabilizes. Capricorn's opposite is Cancer, and when they connect with that, they are gifted with a depth of empathy and nurturance that opens their heart to those who depend on them. The beauty of this relationship is that each connects the other to their opposite sign.

It's no secret that boys and girls are different; their bodies are different, their brains are different, and they are raised differently. Gender does make a difference when interpreting a horoscope, but a horoscope is not gender or even person specific, it can't say if you're a male, female, or even a person. All it can tell you is that Scorpio is a water sign, Capricorn is an earth sign and both are traditionally considered feminine (Yin) in nature, and that Capricorn is a Cardinal sign which means they initiate action, while Scorpio is a fixed sign which means they maintain.

In both of the combinations below, it's plain to see that a Scorpio man and a Capricorn woman who share the same progressive values about gender and equality is the most desirable combination.

A female Scorpio and a male Capricorn look like the most traditional in terms of gender roles. Scorpio women amplify the empathic, receptive qualities of their element; deep, mysterious, charismatic, her desires have a palpable power whether she asserts them or not. Capricorn being cardinal sign supports the social conditioning a boy receives growing up. Boys are supposed to take action, lead, be ambitious, authoritative, and sure of themselves. A traditional Capricorn male will want to dominate, while a traditional Scorpio woman tends to support him, his career goals and put herself second.

A Scorpio man is magnetic, powerful, passionate and as ambitious as a Capricorn woman. It takes a strong self-assured man to be comfortable with a strong, assertive woman, but a progressive Scorpio man can pull it off. However, if he has traditional ideas about the role of men in society, it could be a problem. It could also be a problem if a Capricorn woman believes in the traditional role of a woman, suppress her ambition in the world and misdirects them toward a Scorpio man.

Are Capricorn and Scorpio a Good Match?

All couples have problems in their relationship but Scorpio and Capricorn's interactions are more complicated and intense. However, because each has such a high tolerance for struggle and pain it barely bothers them, as a matter of fact, it's part of what keeps them together. They harmonize on every level and working together through the ecstasy and the agony they can become each other's greatest gift; a loyal, devoted, and supportive best friend or mate. Are Capricorn and Scorpio a good match? Yes!