A Capricorn woman has high-reaching goals, is resourceful and purposeful. She's a feminine woman that is driven to succeed, and her Capricorn personality assures that she can be assertive when she needs to be. She sees the big picture and philosophically takes the bad with the good. She's a survivalist who seems to exemplify the saying: "When the going gets tough, the tough get going."

What a Capricorn Woman Wants

A typical Capricorn woman wants a successful career, a happy family, and husband that's supportive and proud of his hard-working wife. From a very young age, she's had her eyes on the prize. Yes, she'll make mistakes, but she'll learn from them, pick herself up and begin again. As is the nature of the Capricorn personality, females of this sign are strong and determined.

It's often said that Capricorns are born old and grow younger as they age, and this holds true for the women of this sign. As a child, a Capricorn woman could already take care of herself and may have even assumed a parental role with a parent or her siblings. Perhaps she did it because she could or maybe because she had to. But in either case, she likely took on responsibilities that were beyond her years.

Even as a teenager a Capricorn woman was already ambitious and a sharp observer of life. She saw the big picture, knew the value of money, maintained control of herself, looked to the future, and was obsessed with making the most of her time. Her strong, reserved nature was a bit intimidating to the boys, but she wasn't overly concerned. She didn't want to waste her time dating; she wanted a job and her own money.

Success in life is the name of the game for a Capricorn woman. She's a natural born leader who has the confidence, entrepreneurial spirit and steely determination to go after and realize her dreams, goals, and aspirations. Her joy is in the in the journey toward success, and with every success, she reaches a little higher.

As a Career Woman

She's an ambitious career woman who learned the value of hard work, position, and money early in her life. She can start a business from scratch, build it and make it successful. However, no matter what her career choice is she's always focused on the future, expects to be paid well, and is continually striving for the next rung up the latter.

A Capricorn woman usually has many acquaintances, but only has a small group of close friends. She has high standards for herself and expects the same from her friends. If you're her friend, she'll have your back through thick and thin, and will always be there for you to lean on. However, she can also quickly cut you lose if you disrespect her. Hurt a Capricorn woman, and she can be unforgiving, and no amount of apologizing or trying to right the wrong will restore her trust in you.

A Capricorn cares about how she is perceived by other people and takes pride in how she looks. She has an earthy but ultra-feminine appearance. She dresses conservatively, appropriate for the occasion, personifies grace, has flawless etiquette, and a charismatic disposition. She's a woman who keeps her act straight, whether in public or private. A Capricorn woman radiates strength, has an authoritative voice, and a serious "do-or-die" demeanor that instills others with confidence in her abilities.

Love and the Capricorn Woman 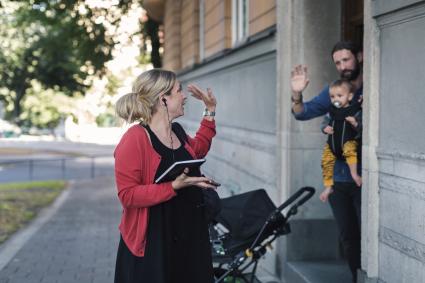 Behind a Capricorn woman's tough, self-sufficient exterior is the soft, protected heart of a woman who needs to feel loved, cared for, and respected. Love is not a game for her, she knows what she wants and won't waste her time with or settle for anything less. Her goal is to build a lasting relationship, and when she finds someone who's strong and confident enough in themselves to let her be herself, she's all in, and entirely committed through good times and bad.

She's a physically sexual woman, who's very demanding of herself in the bedroom. In bed, as in everything else, a Capricorn woman is all about working hard and reaping the rewards. She may appear to be reserved in every other aspect of her life, but in bed, she's an earthy, sensual, and passionate woman, who's lusty and fearless.

Marriage and motherhood soften a Capricorn woman. She makes a good wife and an even better mother. She's maternal and knows how to love and create a warm household and family life. She efficient and organized, wants her family to be happy and will make every effort to give both emotional and financial support to her partner and children. Her very nature inspires those she loves to reach beyond their expectations

She's a woman who can successfully juggle the roles of being a wife, mother, and a forceful professional. However, she's also a great team player and an unrivaled manager, which works great for her career, but is also beneficial to her family. She can be the major go-getter of the family, but can just as easily set her career on the back burner for her children and to support her partner's ambitions. She doesn't care who's in the driver's seat, as long as her overall goal of a happy family is accomplished.

A Capricorn woman can be the role model for the 21st Century woman, but anyone who knows a Capricorn woman well will tell you she can at times be moody, melancholiac, pessimistic, and cynical about life.

All Capricorn Women Are Different

Reading Sun sign traits can be fun, but keep in mind Capricorn is only the woman's Sun sign. While all Capricorn women will have these traits to a greater or lesser degree, the variables in an individual Capricorn woman's horoscope can and will modify how she expresses her Capricorn Sun. Think Michelle Obama and Janice Joplin, both have Capricorn Suns but they are very different people.