Numbers and number patterns found in the Bible are known as biblical numerology, and there are a variety of ways to interpret these patterns. Learn about some of the most significant.

Numbers and Language in the Bible

It's important to recognize that the written Greek and Hebrew languages don't contain any numeric characters. In fact, numbers were assigned to the letters so when a number was needed, you used a letter.

So, how do you know when a letter is being used as a number? You can determine this by the context in which it's written. It's no wonder that numerology evolved in both of these cultures.

Another important aspect of biblical numerology is that each number is assigned a value. It's believed that all things have vibrations, and those vibrations create patterns. Numbers are thought to also have certain vibrations and are used to help interpret and identify the properties of these vibrations. The numbers that occur frequently in the Bible are believed to have specific meanings. Whenever one of these numbers appears within the Bible text, it has an accepted underlying message in addition to the literal text. Below are examples from both the Old and New Testaments of the Bible. 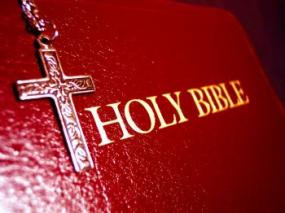 A few of the connotations and references of numbers in the Bible:

Repetitive Numbers in the Bible

Biblical numerology recognizes there are several numbers and sets of numbers that can be found repeatedly in the Bible. Some numbers are used as symbolic gestures while others are accurate depictions of a numerical instance.

Other numbers and pairing of numbers have both literal and symbolic meanings. Some appear more frequently in the Bible than others, while some have only one meaning, but a very powerful one that makes people fearful. 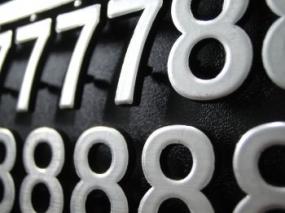 The final book of the Bible, the Book of Revelation is referred to as the Book of Sevens because the number is so prevalent. Below are examples from both testaments:

The number 40 is a very distinctive pair of numerical digits and designated as the number that represents trials and tribulations.

It's important to note that nowhere in the Bible is numerology discussed. There are no biblical numeroloy instructions for calculating or deciphering numeric meanings of letters. There's no guidance or recognition that a number has any kind of significance other than its literal meaning.

Since this divine directive is missing, many Bible scholars dismiss numeric coincidences or the role of any repetition of numbers within these historical accounts as being anything other than just numbers. These learned theologians believe that if any importance is placed on biblical numerology, it's done so without the sanctity of God.