There are two primary Aquarius symbols: the water bearer and two zig-zag lines. However, there are other Aquarius symbols, and all are a visual representation that gives powerful and intriguing meaning to the eleventh sign of the zodiac.

Due to the water symbolism, Aquarius, the Fixed Air sign of the zodiac, is often mistakenly thought to be a Water sign. However, it's the human bearer of the water that represents Aquarius, and the water itself is the "life" Aquarius brings to others. The Aquarius symbol meaning of the water bearer represents the Aquarius tendency to be focused on humanity and pour out its lofty visions of a better and brighter future for the human community. 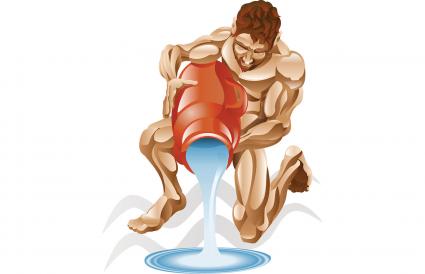 The glyph symbol for the sign of Aquarius is two parallel lines that zig-zag. The Egyptian hieroglyphic for water is two wavy lines. The waves symbolize water being blown by the wind (air). The Aquarius glyph represents the dissemination of knowledge. The identical lines express the Aquarian desire to share information and seek equality in all matters. 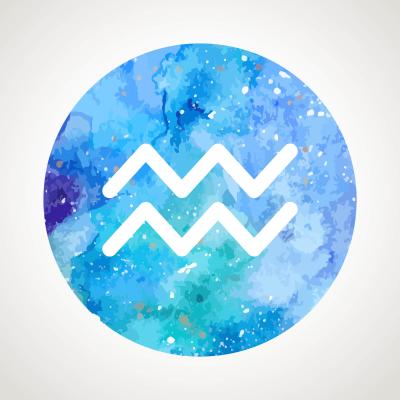 Another Aquarius symbol is the lightning bolt. As a matter of fact, some believe the Aquarius glyph represents two bolts of lightning. The lightning bolt symbolizes a spark of enlightenment descending from the heavens that can transform darkness into light. Aquarius gives humanity an unbounded and enlightened perspective of life that transcends the limitations of the material world. 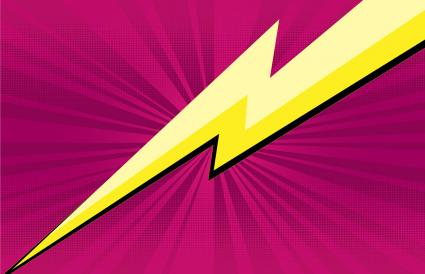 Aquarius' modern ruling planet is Uranus, "The Awakener." The glyph that represents Uranus is a cross of matter over a circle of spirit. The semi-circles on each side that represent receptivity. This complex glyph symbolizes rapid receptivity and multidimensional perceptions that are experienced as "flashes." It even looks a bit like a television antenna that magically zaps images onto a screen from afar. Uranus moves Aquarius toward the future and symbolizes new inventions and innovations that move humanity forward. 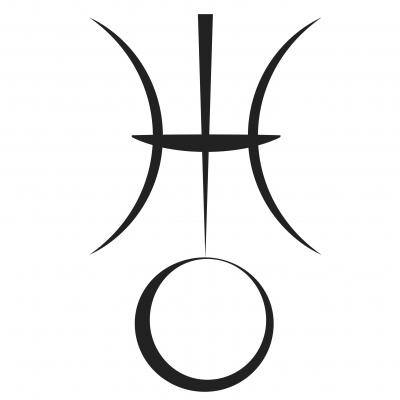 The mythology of the constellation Aquarius symbolizes its need to create and new a better world. In ancient times, Aquarius, the water bearer, was called Deucalion. Deucalion was a Titan who had a special love for humans. In the Greek myth about Deucalion and his wife, humanity had grown savage and cruel, and Zeus, in his despair, sent a deluge. Deucalion and his wife Pyrrha survived. After the flood receded, Zeus helped them create a new and wiser human race. Deucalion became known as the Water Bearer because he brought life to a new generation. 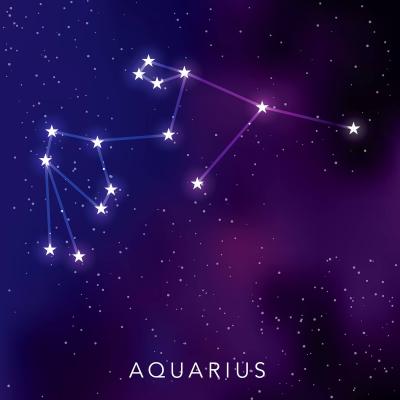 Another symbol for Aquarius is the symbol that represents air. The symbol for air is an upward-pointing triangle with a horizontal line bisecting it. The words spirit, inspire, and aspire, all related to the Latin word spirare ("to breathe"). Aquarius is associated with all of these. Aquarius in one of the three Air signs of the zodiac. Air symbolizes Aquarius' strong emphasis on mental processes, intellectual pursuits, and communication. 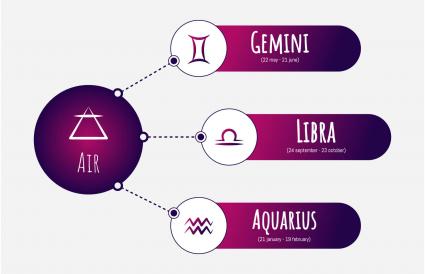 Aquarius is the futuristic sign of universal brotherhood, broad learning, and the shedding of the past. It's the sign of new, and sometimes radical, beginnings. Aquarius denotes the flow of ideas and gifts for humanity with the ability to tune into the universal mind and think outside the box. Those with Aquarius prominent in their birth chart are unique thinkers, mentally agile, sometimes brilliant, often eccentric, and occasionally erratic.