Can a romance bloom for an Aquarius man and Sagittarius woman? It can and often does. Although not always an ideal match for an enduring relationship, it can be. The romantic beginnings of a relationship between an Aquarius man and a Sagittarius woman are usually exciting and unpredictable. Both love freedom and action and have high regard for their mutual independence. This can cut both ways and being aware of each sign's strengths and weaknesses can help the couple be prepared to work together later on.

This eleventh sign of the Zodiac is ruled by Uranus. An Aquarius man is often a socially conscious non-conformist. He is quite practical and tends to have a life and a house that is uncluttered with bothersome minutia.

The Aquarius man has a wide variety of friends due to his tolerance of other's beliefs and differences. He is always ready to lend a helping hand or a strong shoulder to those who are down and out. Although tolerant of others, he also possesses strong opinions about what he considers right and wrong. And though he is friendly to all, it's not often that you find an Aquarius following along with the crowd.

Sometimes the Aquarius man will seem dismissive and disinterested upon first meeting him. But once he's had a chance to size up the situation, he'll let his defenses down and become his most natural warm and friendly self.

Aquarians have a tendency to be hot-tempered. Their strong attachment to principals can also make them unforgiving or even vengeful if they believe they have been betrayed.

Fiercely loyal and just as independent, women born under the planet Jupiter have many admirers and friends. A Sagittarian woman's quick-witted humor and high intelligence make them wonderful companions.

Sagittarian women are lovers of spontaneity and will grab a toothbrush and sunblock at a moment's notice to go on a last minute road trip. Their home can be cluttered and messy, but their joyful natures bring an element of fun to even the most mundane undertakings.

Most Sagittarians enjoy vital good health and energy although their impulsive daredevil qualities can cause some to be prone to injury. Often a shameless flirt, Sagittarian women are charming and usually quite talkative. However, once a Sag woman gives her heart to someone special, she's steadfast in her loyalty to her true love.

Aquarius Man and Sagittarius Woman as a Love Match

The pairing of these two signs has the potential for a long-lasting relationship. Both the Aquarius man and Sagittarius woman are outgoing people that love to socialize and enjoy new experiences.

They will enjoy one another's intellect and have many profound conversations. Their mutual love of living a carefree life and general lack of neediness will add to their "partners in crime" dynamic. The enthusiasm for life that they share will be a catalyst for their relationship, and they will look upon one another as the person that really understands them. This can lead to a lifelong commitment between an Aquarius man and a Sagittarius woman. 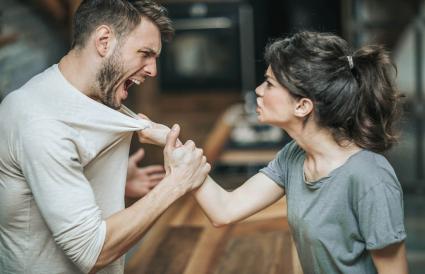 Aquarius man, Sagittarius woman pairings are not without their problems. Even though the similarities between these signs are a good basis for an enduring relationship, there are a couple of things this pair may need to keep an eye on and address from time to time.

All of these issues can be solved with the natural communication skills that both signs possess.

A Sagittarian woman is a strong, passionate sexual being. An Aquarius man is cool and emotionally distant. Still, their sexual preferences do line up. An Aquarian man loves mind games, mental foreplay and is sexually experimental, while a Sagittarius woman adds the fun and passion. Neither is that serious between the sheets, nor interested in emotional, touchy-feely foreplay and afterglow. Sex is more of a fun "friends with benefits" affair for both and is not something that's likely to hold them together.

An Aquarius man and a Sagittarian woman will largely agree on things like money and parenting, so there won't be that many rows in this partnership. But on a practical level, neither is good at the mundane details of life and their household is likely to be highly disorganized and chaotic. When real-life problems hit, the relationship will suddenly stop being fun. This is definitely a fun and carefree relationship while it has the "freedom to be," but it can weaken in the face of the real-world challenges of marriage.

Of course, an Aquarius man and a Sagittarius woman both have a dark side, plus each is much more than their Sun sign. When looking for romantic compatibility, astrologers take some history, compare the two birth charts, look at the relationship planets Venus and Mars, as well as the Moon. And when determining how long a relationship might last, they look for Saturn connections. What can be said about Sun signs Aquarius and Sagittarius only is that these two will have a fun, carefree, and exciting romance for as long as it lasts, and it's likely they will always be friends.